Interview with Joel from Glory of Africa Orphanage

Glory of Africa is  an orphanage located in Mivumoni where Art in Tanzania teaches, gives seminars and organizes activities for the kids. Joel and his wife Felista have been running the organization since 2012 and strive to give each kid a promising future by providing them with food, shelter and education. What surprised me is that no kids get adopted, ever. In this interview I asked Joel why this is the case and what happens when the kids grow older.

“How many kids have been adopted from this orphanage?”

“Why do you think children don’t get adopted by foreigners that are often in Tanzania?”

The governmental procedures are very strict. It takes such a long time that inevitably most of the potential parents looking to adopt just give up. Also the orphanages don’t like kids to be adopted. This is because they are scared to give the kids to strangers. It’s always a guess, you never really know what the intentions for the adoption are.

Since most of the kids still have family here, they (kids and family) prefer to stay here. The family sends their kids to the orphanage because they know they will get an education here and stay out of trouble. In the future they expect the kid to come back to the family and provide them with a better future.

The kids who do get adopted are expected to come back to Tanzania after their education to take care of the family. This is an unwritten rule and the decision fundamentally lays fully with the kid, of course. However, the family does expect that. For example some adoption contracts ask the kid to keep in contact with their biological family. This is also because the kid should not forget the country and culture in which he/she was born. This doesn’t happen often though.

“Do Tanzanian families ever adopt Tanzanian children or does this also not happen?”

No. Tanzanian families have enough difficulties in taking care of their own families. So they barely ever adopt a child. The financial situation of most Tanzanian citizens is not strong enough to adopt a child out of their family.

“Are you afraid that people come here do adopt with bad intentions?”

Yes, that always crosses my mind. Sometimes kids get adopted to do chores in the house, to work on the farm, … This is not a good future for them. That’s why I prefer to keep them here until they are grown up and can make decisions on their own. When they turn 18 they can be adopted if they still want to be adopted. Before that age, anything attracts them and they make decisions without thinking. When they regret the decision, they might run away from the adoption family, live on the streets and get in contact with bad people and learn to behave badly.

“How many kids are staying here now?”

35 kids come here daily to get food and education. 7 of the 35 kids are also sleeping here. This is because a lot of the kids here still have family, however they can’t provide for them. Common examples of the children’s situations are having a single, disabled or mentally ill parent or no parents at all with only grandparents or possibly an uncle left. Most of them do keep in touch with their family. This might not be a registered orphanage but the government passes by once in a while and they have the contacts of every kid staying here at the orphanage. The orphanage provides food, shelter and education for kids who need it.

“Do kids want to be adopted? Do they ever mention it?”

No, they like to be at the orphanage. They are surrounded by kids who are the same age, who speak the same language and all of them are in a similar situation. This comforts them and they wouldn’t like it any other way. They feel safe.

“What happens when the kids turn 18?”

When the kid turns 18 he can do whatever he wants. He can go to college, he can go back to his family, he can start working or he can stay at the orphanage. It’s all up to the kid. The kid can also choose the get adopted, but this happens rarely. If the kid gets adopted, he can stay at the family for one month as a trial. If everything works out well and both parties are happy, the adoption can officially go through.

If the kid wants to stay at the orphanage, that is possible if he keeps following the rules. If the kid doesn’t listen, goes out, drinks alcohol, or is badly behaved and influencing the other kids than he/she will no longer  be welcome at the orphanage.

“Do they get proper support from the government to build an independent life?”

No the government doesn’t support them. This is because this orphanage is not registered (yet). The orphanage itself barely gets any support from the government as well. Sometimes  when the person from the government has a heart he will provide us supplies such as food or mosquito nets. But this depends only on the heart of the person. I also work as a tailor and that enables this orphanage to stay up and running. Sometimes I get donations from people who volunteer here. That helps as well. I don’t like asking for money, if people donate it’s because they proposed it themselves.

Some orphanages exploit the system as a way to earn money. They ask the remaining relatives to give money, they send kids to the city and let them work jobs selling peanuts, for example. When they don’t sell enough peanuts, the kids get kicked out or thrown on to the streets.

“Can kids (financially) go to university after staying in the orphanage?” 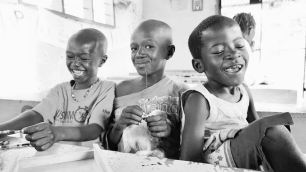 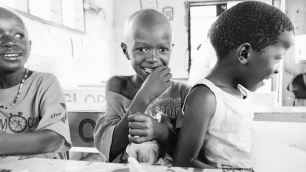 If you are interested in supporting this orphanage, please click the link below. More information about this project can be found on this gofundme webpage.

There was an error retrieving images from Instagram. An attempt will be remade in a few minutes.